CYBERDECK IS BACK AND IS HERE TO BUILD THE FUTURE 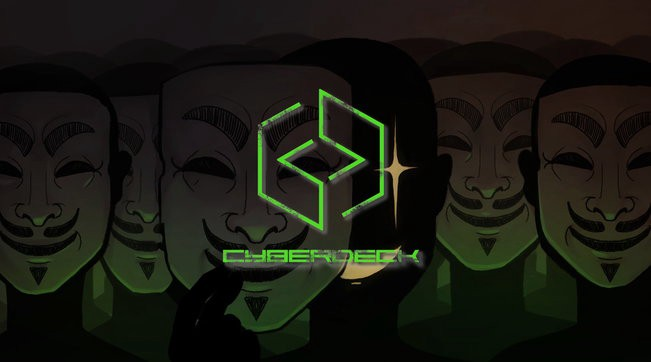 Bitcoins are not the beginning of crypto-history. The first original, secret blockchain was born at the dawn of the 90s. It was called Cyberdeck. Everyone hoped it was the tool to build the future. It was a battleground for possible futures. Anyone could fight this war: dreamers, realists, dystopians, libertarians and anarchists, reactionaries and utopians. But something went wrong. The blockchain has disappeared. But now “the Milanese” have reactivated it and made it public. Cyberdeck is back.

It is not a parallel reality, nor is it yet another conspiracy theory.

Cyberdeck is a digital strategy and trading card game (TCG) developed by Mangrovia and based on blockchain.

Pierluigi Maori, an expert developer, is the creator and the persevering “deus ex machina” who has been working on it for almost twenty years.

“I’ve been a huge video game fan since the 1980s. I then discovered role-playing games and “collectible / trading games”. In 2003 I created, together with Francesco Arcarese and Giuliano Fidanza, a collectible card game with a “cyberpunk” theme, in the wake of the famous “Magic: The Gathering”. We used to play it with friends, while continuing to develop it. In 2006 we released structure and rules under a Creative Commons license.

We first tried to have it published in a traditional way, in paper format and then to develop a digital version, but without success given that the sector was, at the time, stagnant. But the idea of ​​turning it into a video game was always there. The birth of Bitcoin and the evolution of blockchains made me think about the possibility of using this tool to create the architecture of the game. In 2017 I proposed this project to the Mangrovia team and everyone was immediately enthusiastic about it.”

The gaming industry began exploring the use of blockchains a few years ago. The explosion occurred with the cute Cryptokitties kittens, which we could actually consider collectible cards (i.e. digital assets). Other games based on Ethereum, EOS, Tron and other public blockchains have appeared in the wake: we can mention “Gods Unchained”, “Cell Evolution”, “My Crypto Heroes” and many others. Unfortunately, fraudulent Ponzi schemes disguised as crypto-games have also appeared, but the interest in blockchains is also evidenced by the intention of the French video game giant Ubisoft of including startups that deal with this technology in its incubator.

The advantages of using a blockchain network for these and other types of games – such as strategy games and MMOs – are essentially due to four factors:

Pierluigi immediately wants to be clear on one point: “We wanted to create a video game that is fun, engaging, and playable. The blockchain is a means, not an end. It is the “advanced database” that has allowed us to realize what we had in mind, to support not only the transactions but also the strategy.

In Cyberdeck, what really matters is consistency in playing and player’s skills: under these conditions, the player does not need to spend money. Alternatively, purchasing the cards at an affordable cost will always allow players to play without having to invest insane amounts on the necessary cards. So, again, it is a game to play, not to speculate or become a millionaire.” 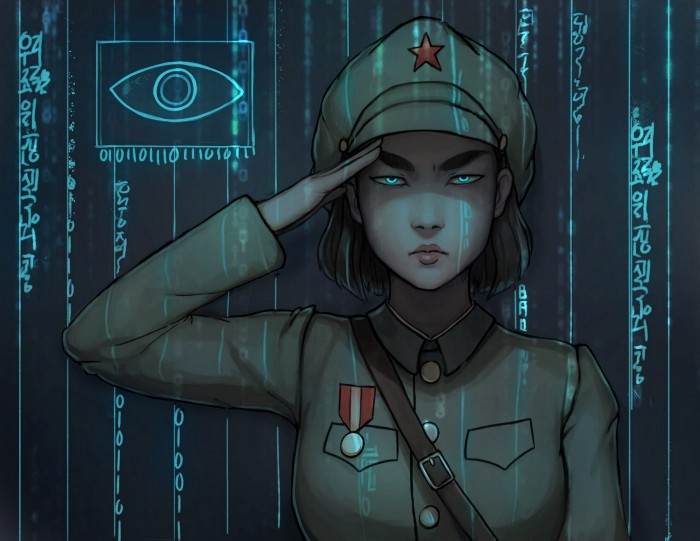 Pierluigi and the development team (among which stands out the name of Riccardo Cangini, historical Italian video game developer) have made a choice that goes against the trend regarding the type of blockchain adopted.

“We have thought a lot about this and, after several tests also on Ethereum and Tron, we have decided to adopt a private blockchain, Hyperledger Sawtooth. Ethereum or other public networks have the disadvantage of costing a lot, in gas and fees, and of having a currency with too many fluctuations. Furthermore, I cannot expect players to use an exchange to buy ETH: I would limit my potential audience to people trained in cryptocurrencies.

Sawtooth can be non-permissioned, so anyone can freely register and play, it manages tokens very well and can handle enough transactions per second for the purposes of the game. The smart contracts that manage the game are public and the player’s asset will remain on the blockchain anyway, even if they cannot access the game. “

To the objection that cards acquired on a private blockchain can lose their value if the network (and therefore the game) ceases to exist, Pierluigi replies that cards on a public network also have the same fate: the user remains in possession of tokens that could theoretically be sold but that actually will no longer have value, just like debt securities of bankrupt companies.

Without going into the explanations of the game, Pierluigi wants to illustrate the “economic model” that underlies the game.

“Players are rewarded for their constancy and skill with fungible tokens (for experts, ERC20 standard) that represent the internal “currency” of the game. With 10 tokens, the player gets a pack (a different, non-fungible token, ERC721) of new cards. The player can also buy the package through a simple purchase via PayPal with traditional currency. The package is assigned to the player’s wallet: a smart contract will “open” it and generate the cards, destroying the original token. The cards (also non-fungible tokens marked with a unique id) are of various types: the algorithm of the smart contract that creates the cards is governed by various (public) parameters, which determine their number, type and rarity. The goal is to keep the game balanced and therefore interesting.”

Pierluigi states that in the future the game parameters could be automatically modified through a machine learning algorithm which, by analyzing the game variables (games, cards, players) constantly maintains the right balance.

“The difficulty, as always, is to reach a critical mass of players: the more players there are, the more tokens there are but the more they are worth. This is why we aim to gain value through play. I can’t ask the user to pay for anything, I want him to have fun. We want to earn little from each user, hoping they will be many. “

The game is still in private alpha (if you ask for access to this link it will certainly be given) but updates are already planned, starting from autumn: “There will be a client with a particularly fascinating graphic part, given that a big part of the audience is formed by streamers, very attentive to the visual component. We are also evaluating a real-time version, thanks also to the fact that from Cyberdeck it is possible to extract a “board” (the network of players’ nodes).”

As we have seen, the game is inspired by cyberpunk. Who could have created its history, its founding “mythology” if not Bruce Sterling, the founder of the movement?

“We contacted Bruce” – continues Pierluigi – “who immediately became interested in the project. Since for him many of the predictions of cyberpunk constitute today’s reality, he wanted to recalibrate the narrative of blockchains, imagining it as the scenario of a techno-cultural war that began thirty years ago “

With the help of Sterling and his daughter Amy, who took care of the graphics of the cards, Cyberdeck aims to transform each player into a “network master”, who wants to conquer his tomorrow through the creation of the nodes of a computational cyberspace and the clashes with other players.

Everybody wants to see a future with their own face on.